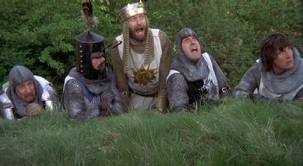 It's official, mobile devices are a security plague!  Like an army of zombies descending upon business to cause wreck and ruin.   From a McAfee survey released in December 2011, here are the gruesome details:

Keeping close tabs on the security of mobile devices is extremely important for businesses.  This may include watching the devices that the business IT doesn't know about, such as your employee's personal Android phone.